Where Golden Eagles Swoop and Soar

Situated just three miles from the nearest known eyrie (eagle’s nest), Eagle Brae is a magical place in the Highlands of Scotland where golden eagles roam the skies. In our quiet hillside location, you can spot several magnificent birds of prey, along with an array of Scottish wildlife. It’s a true birdwatcher’s paradise.

You’ll find references to eagles throughout our log cabin village. Each of our cabins is named after a species of bird, and Aquila (meaning ‘eagle’ in Latin) is one of our larger cabins, boasting eagle-eye-views of the glen below. Our resort name, Eagle Brae, means ‘Eagle Hill’ in Scots. Moreover, each of our cabins has a beautiful carved eagle at its entrance.

Golden Eagles in the Highlands of Scotland

So today, we are taking a closer look at Golden Eagles in the Scottish Highlands. These enormous birds of prey are a top predator in Scotland, hunting mammals and birds such as rabbits, hares, grouse and ptarmigan. We see golden eagles all year-round here at Eagle Brae, soaring high overhead. Recognisable by their brown plumage with golden head and neck, which gives them their name. This remote area of Scotland provides the perfect wild habitat, close to moorland, mountains and glens. In fact, we know of five eyries with 20 miles of our location. 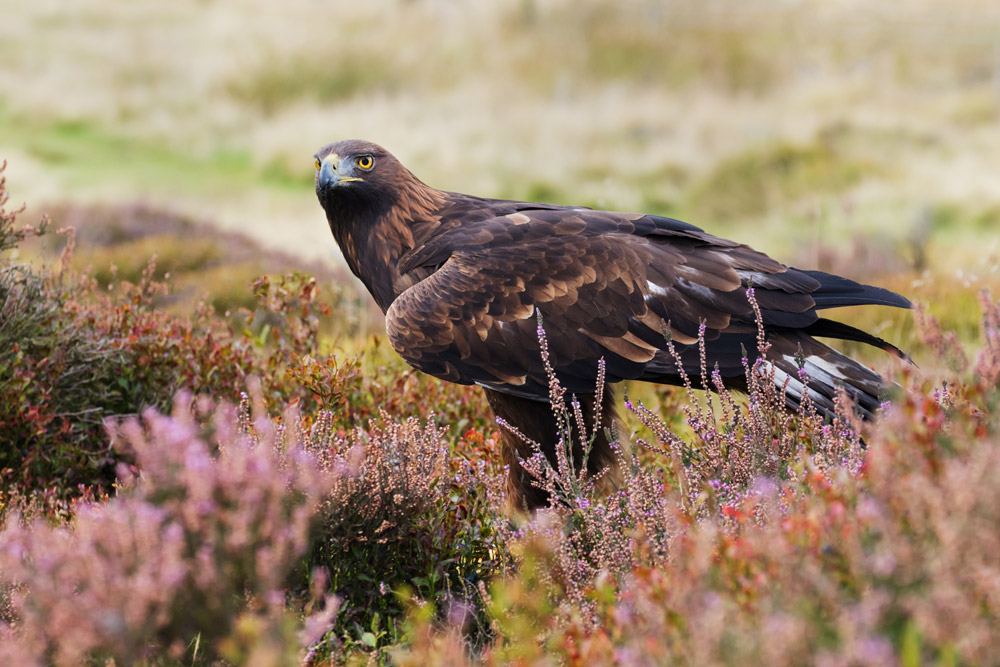 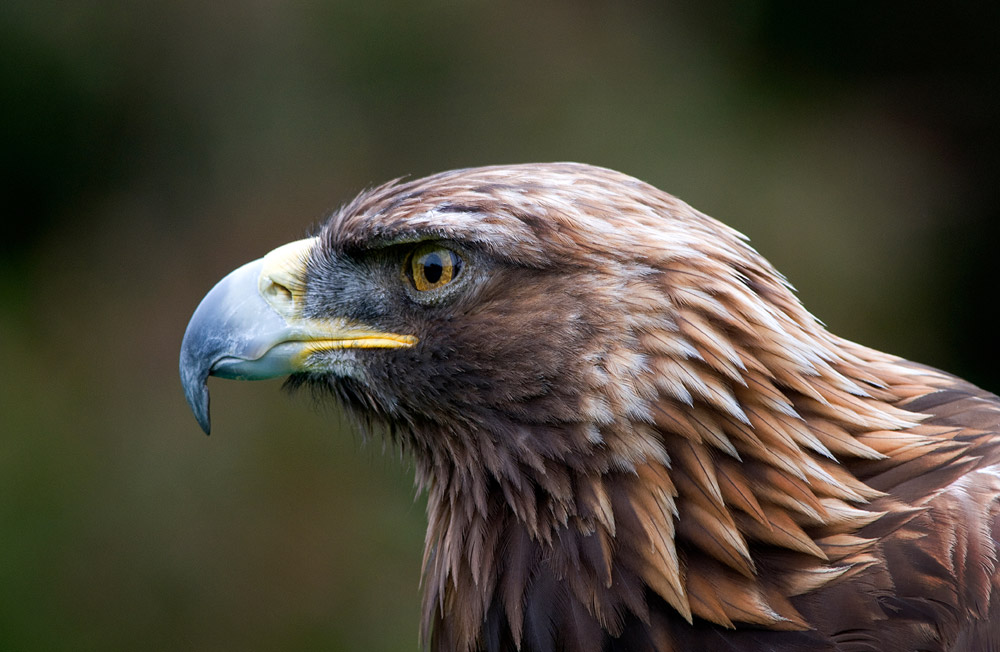 Birds of Prey at Eagle Brae

Along with our beautiful golden eagles, look out for other birds of prey in the skies over Eagle Brae. Including buzzards, hen harriers, ospreys, kestrels, merlins, red kites, sparrow hawks, peregrine falcons, barn owls and tawny owls. Find more information here on birdwatching at Eagle Brae.