Tall trees in the Scottish Highlands

The grove of trees in Reelig Glen, at Moniack near Beauly in the Scottish Highlands, is the largest concentration of tall trees exceeding 180 ft anywhere in the British Isles. Planted by local Scottish explorer James Baillie Fraser, mostly with seed brought back to Scotland from expeditions to North America in the 1800s. The glen provides one of the most inspiring forest walks in Scotland. A Forestry Commission foot path runs up and down the sides of the Moniack burn on both sides of the steep glen, covered in fantastically tall trees. This is one forest walk you will always remember! 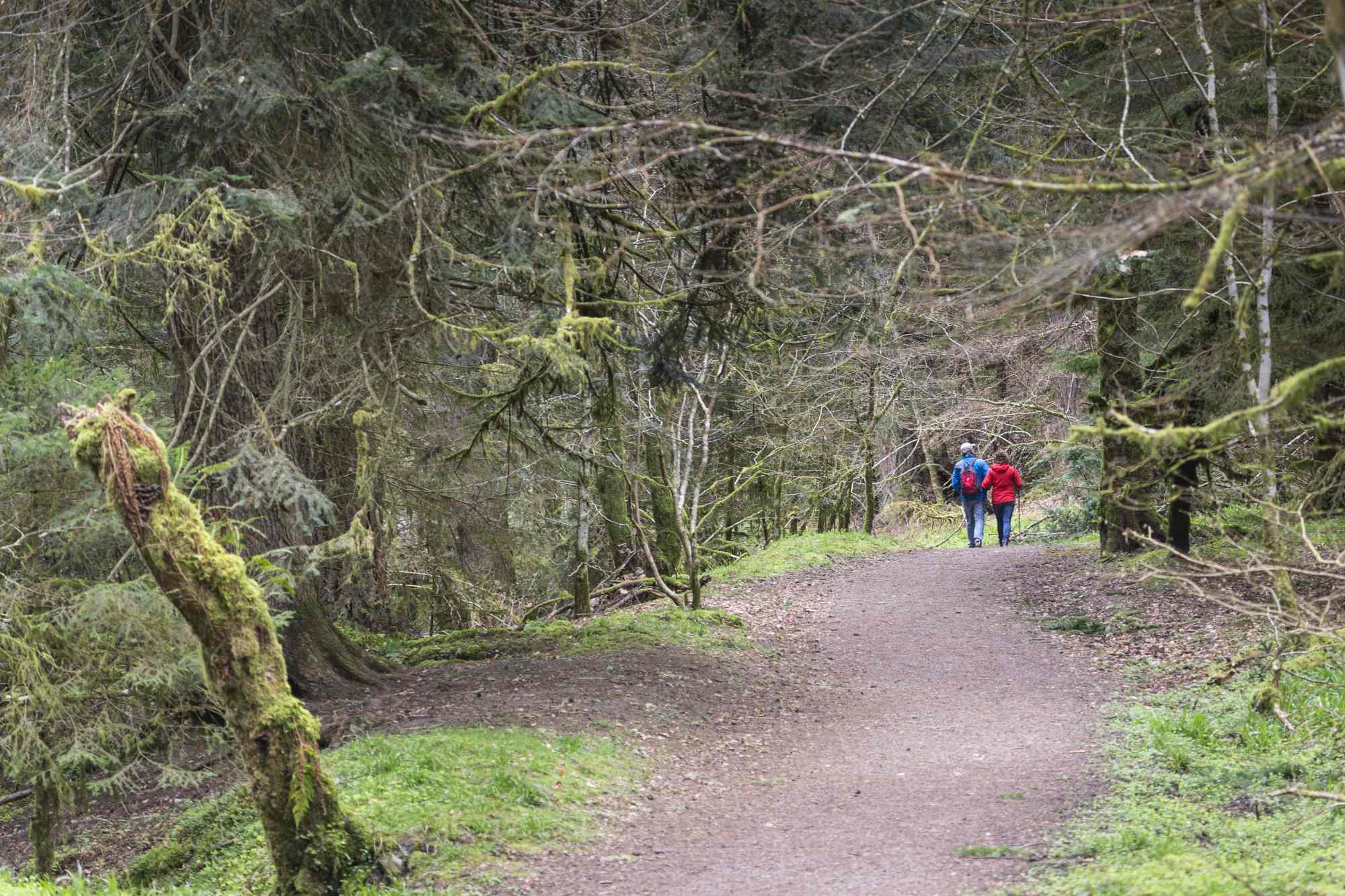 The Tallest Tree in the UK

Around a decade ago, a Douglas fir here named Dughall Mor was ranked the tallest tree in the UK. To then lose its crown to another Douglas fir tree down in Perthshire. Recently however, one of Dughall Mor’s companions has been recognised as the new champion at a staggering 217 feet tall. Bringing the prestige back to Reelig Glen!

In December 2013, the national Tree Register carefully measured its height using lasers, and then a brave climber also measured it in 2014. This is the tallest tree in Britain and the tallest conifer in the whole of Europe!  And the good news is – it’s still growing!

Just in case the champion Douglas fir wasn’t enough to make this one of the most impressive forest walks, there are several other champions here to marvel at:

Why Are The Trees So Big in Reelig Glen?

Reelig glen has steep glen walls, making it an ideal sheltered place for trees to flourish. There is a burn flowing through the glen – meaning water supply is plentiful for the trees to grow. The trees near the burn are the tallest. This is because they have had to grow more than the trees higher up the slopes to reach the canopy level which is the same for all the trees irrespective of how high up the glen slopes their roots are. This is the key reason why the trees at the bottom of the glen are so tall.

Eagle Brae has its own Champion Tree!

Just 100 metres or so from Eagle Brae’s front entrance is a champion Goat Willow! Every species of tree has two champions, the tallest (height) and the fattest (girth). Our Eagle Brae Goat Willow has the fattest girth of any Goat Willow ever recorded in Scotland at 13.8 ft! And Goat Willows are normally a small species of tree, wow! So if you’ve done all the forest walks in the area, and fancy stretching those legs again… Why not take a short stroll down to see our very own champion during your stay at Eagle Brae?